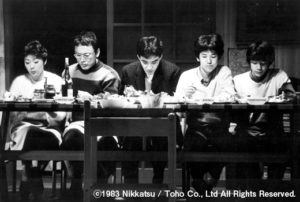 Synopsis- Family Game is based on a novel by Yohei Honma. Deliciously lampooning modern Japan, this rare satirical landmark film concerns a seemingly ordinary family that hires a university tutor, Yoshimoto, for their younger son, Shigeyuki, who shows no interest in school. But what results is unpredictable, inventive and riotous. Not necessarily qualified to tutor, Yoshimoto employs techniques akin to those used in the gangster and homosexual underworld to persuade Shigeyuki to mend his ways. This film received several awards including five Kinema Junpo awards. It also was presented in MoMA’s 1983 New Directors/New Films festival.

Director：Yoshimitsu MORITA / Based on a novel by: Yohei Honma 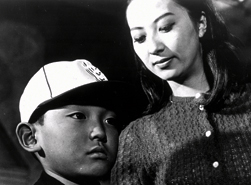 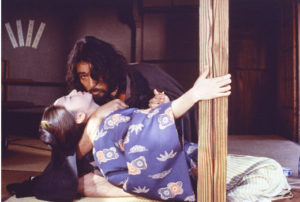